We are happy to announce that Via 20.2 is now available. The new version brings major improvements to the user interface, a heavily improved Aggregation Analysis plugin, and includes support for new GIS data formats.

Via includes a dark theme for all the users who prefer a not-so-bright screen. In addition, Via also includes an alternative light theme that should look the same way on all supported platforms (Windows, macOS, Linux). This might be of use especially if you repeatedly work on different platforms to have a consistent user interface, or where the system-dependent user interface is not optimal (e.g. on some Linux distributions). 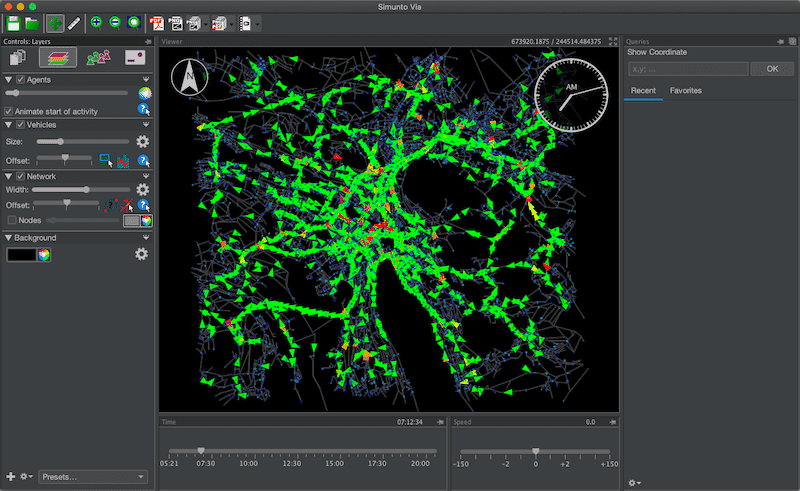 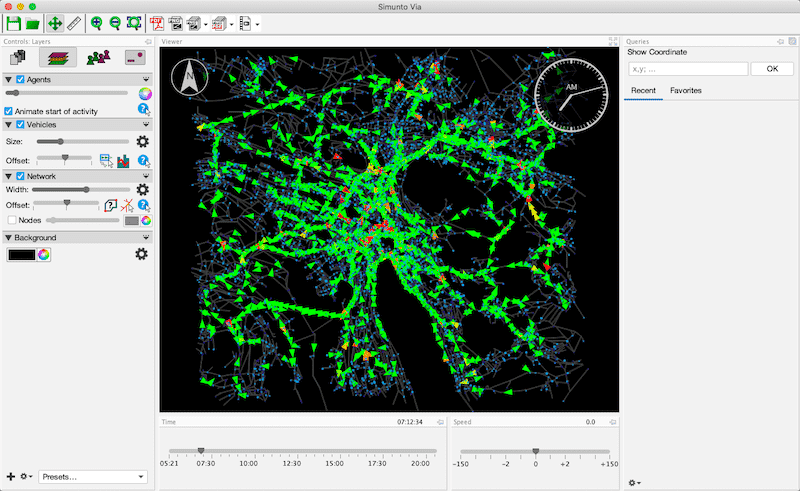 In addition, we continued the work from Via 20.1 with supporting Hi-DPI screens by replacing several icons by higher-resolution ones.

In addition, it is now possible to define more than one aggregation at a time. This allows to calculate the minimum, average and maximum at the same time, for example. Or different shares at the same time. 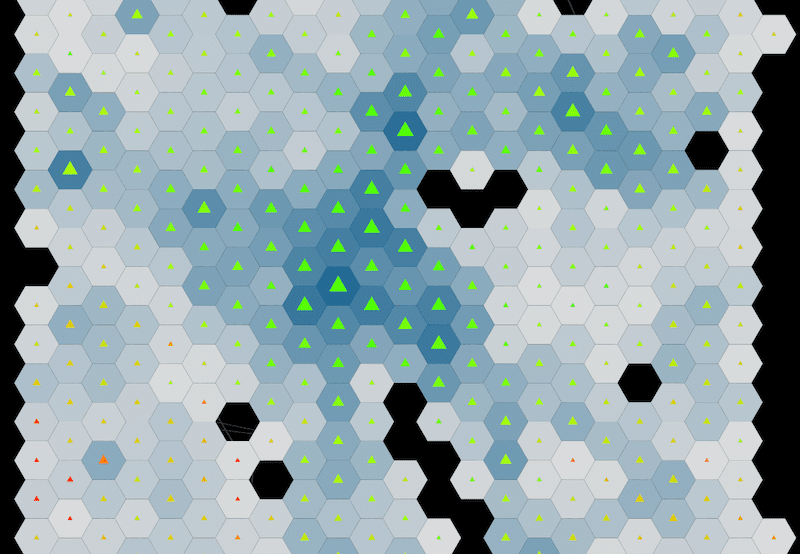 Via 20.2 now supports GeoJSON in various places: First, GeoJSON data can be loaded and visualized with the Shapes Layer, similar how it was already possible with ESRI Shape files before. Second, GeoJSON is now available as data format when exporting spatial data. This includes exporting networks, exporting XY data, transit data, or aggregator zones.

Via actually supports two different flavors of GeoJSON: for one, it can load GeoJSON-files containing a feature collection (typically ending on *.geojson), and so-called newline-delimited GeoJSON-files, which contain multiple separate GeoJSON objects, each encoded on a single line, and separated by newline characters (typically ending on *.geojsonl, also referred to as GeoJson Lines).

In addition to GeoJSON, the new Via version also supports loading data from GeoPackage databases (*.gpkg), which are supported by more and more GIS applications.

In addition to the major improvements listed above, the following smaller changes and bugfixes are also part of Via 20.2:

The Via manual available online was adapted and extended extensively as well, covering all the new functionality and improved the documentation of existing functionality.