We’ve been busy working on the next version of Via, and we are happy to finally announce the immediate availability of Via 20.1.

The biggest change in Via 20.1 is hopefully one that most users won’t even notice: Via now runs on Java 11, compared to Java 8 used by older versions. This required us to perform major updates and replace several parts of Via, which can result in a few smaller changes, for example in the user interface, but should not affect the usual workflow. And it enables us to provide additional features and improvements already in this release and in future ones.

The new transit router available in Via let’s you quickly query the transit schedule, helping you to understand why too many or too few agents end up on specific lines, verify the correctness of converted schedule data, or just analyze route-choice decisions.

A new query Passengers at Transit Stops shows you at what time and on what lines and routes passengers arrive or depart at selected transit stops. 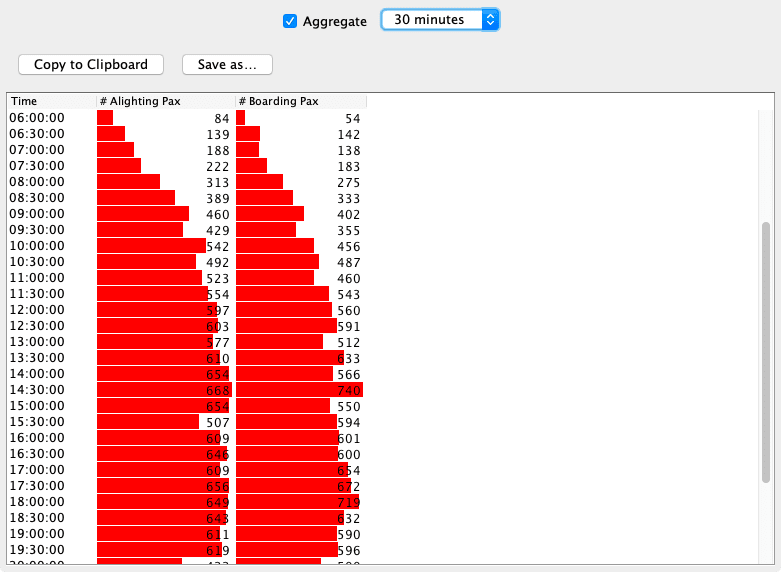 In addition, Via supports loading transit vehicles in MATSim’s latest data format (vehicleDefinitions_v2), and the transit line search can now also find lines when only the route name is provided.

The new Vehicle Fleet Statistics allows you to observe the usage of a vehicle fleet over the time of day. It currently supports two metrics, if vehicles are in use or not, and the number of passengers for vehicles. We plan to extend this with additional metrics in future releases, so if you have a specific request, please let us know so we can prioritize it accordingly. 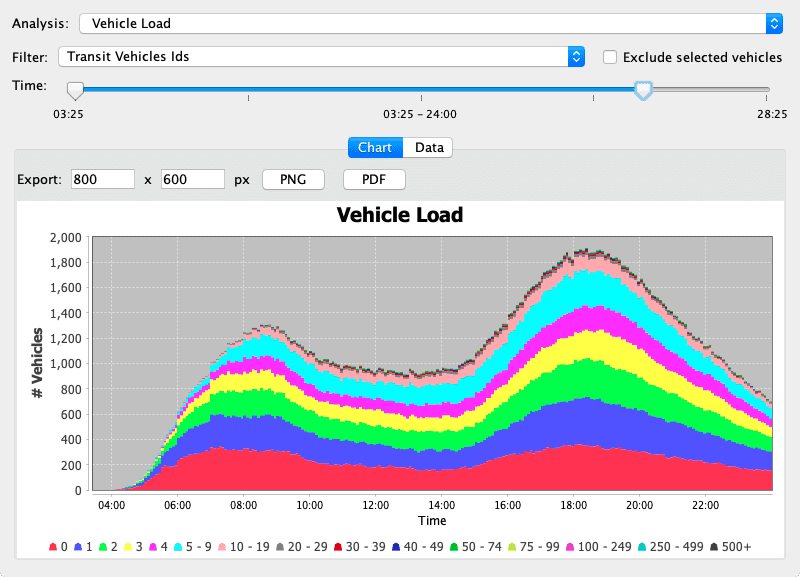 The downloaded map images are now cached for a few days, resulting in higher performance and limited offline availability, e.g. when presenting at conferences. In addition, we reworked the user interface and made it simpler to define multiple custom map servers and include additional WebMap Styles from MapTiler.

There were also a number of smaller improvements and bugfixes:

We’ve updated and enhanced the Via manual available online with the latest features and changes.